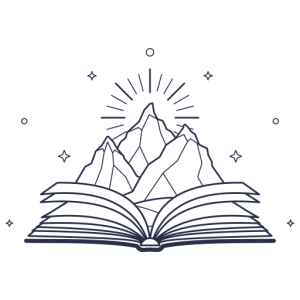 In A Wild Land

Think of this as an all-access pass to a really weird show. The stuff that rolls around in my noggin has been making people cock their heads since I was five. And it’s only worsened in the intervening thirty annums. So much so that, even though I’ve been writing every single day for years, I’ve struggled to commit to a blog.

Not because I must battle daily to find things to scribble indelibly upon the ass of the internet. But rather because I couldn’t find the elegant thread of a theme with which to join my posts so that they might one day form a glorious tapestry representing the definitive sum of one surprising but poignant subject that would shine down upon the audience as they clutched their pearls in shock and reverence.

But then, very recently, I said those words aloud and realized that I’m an idiot. No such blog could ever exist, and if it did, it certainly wouldn’t come from the bubblegum-mortared silo of trivial minutiae that I call a brain. I know the definitive sum of exactly nothing, and half of what falls out of my face is made up.

So right then and there, I vaulted onto the couch, one righteous fist thrust into the sky, and said, “Fuck it.” And let me tell you, my cat was mightily impressed, which, as you will know, is quite high honors.

That brings me to what I mean to say, which is welcome. Welcome to my bizarre little corner of the multiverse. I invite those among you who are brave, stupid, or bored to push open the squishy gray doors of my brain and enter the swirling maelstrom.

I would promise cookies, but I don’t bake. Instead, you’ll be treated to whatever random ass thing I want to talk about that week.

“And who the hell are you?” you might be muttering at the screen just now. I suppose that’s a fair question (though there are nicer ways to ask it). And as your host, I am duty-bound to answer.

I am RJ Currer, and RJ means me. Writer, nerd, bipolar disorder-haver, and professional wanderer. I like to go to far-flung places, breathe underwater, gorge myself on fantasy fiction, think impossible things, drink whiskey, and, when time allows, play Dungeons and Dragons. And yes, I will go on more than one rant about the above in due time.

So that’s me. And it’s very nice to meet you. I would shake your hand, but you aren’t here. And if you were, you would have to let me wipe the sweat off my palms first.

If you’re still reading, good luck. And thank you. I hope you get exactly as lost as you want to in my wild land.

3 thoughts on “In a Wild Land: The Wanderings of an Untamed Mind”